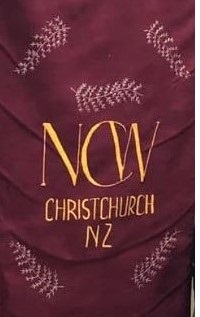 Members of the Christchurch NCWNZ are considering how to keep up awareness of the results of a sexual harassment survey undertaken at the request of the principal of Christchurch Girls' High School, Christine O'Neill.

Dr. Liz Gordon of Pūkeko Research Ltd. received an astounding 71% response rate from just over 1000 students aged 12 to 18. Most respondants were 16, and over 90% identified as female and nearly 75% as straight. Of the 430 respondants who indicated that they themselves had been sexually harassed, 381 reported they had (in total) experienced 2677 incidents of sexual harassment in the past year, averaging about seven incidents per student. Twenty respondents indicated that they had been raped.

Dr. Gordon ends her executive summary of the report with a suggestion for the larger community: she recommends that organisations need to "consider why there are so many incidents and how these can be prevented into the future, because they are hugely damaging to the young people concerned." The full report (pdf file) is available online at the Pūkeko Research website.

There were several news stories published about the survey results at the time (for example, see Jody O'Callaghan's report for Stuff 28/06/2021, and a story by Mark Quinliven at NewsHub 29/06/2021). However, it has been a year since the announcement of the results of the survey - and still no other school has taken up the offer to replicate it. Also, there has been no national survey - as was conducted for the UN Women UK in 2020 (see the U.K. Government Equalities Office report in a pdf file here).

We look forward to hearing more about this issue in future.