NCWNZ has a long and proud history promoting improvements to the quality of life of women, families and the community.  Our actions have helped shape the social and economic fabric of our country. Today our work focuses on realising our vision, a gender equal New Zealand.

The National Council of Women of New Zealand’s strategic vision is a Gender Equal New Zealand. By building understanding and driving action for gender equality, we enable New Zealanders to have the freedom and opportunity to determine their own future.

We want all New Zealanders to say, “gender is irrelevant in terms of achievement and freedom”; “all societal roles are valued in New Zealand”; “I can be whatever I want to be” and “employment supports gender equality and work/life balance”.
​
At the moment all New Zealanders cannot say these things. Our research shows that if we are to successfully achieve our vision of a gender equal New Zealand the potential impact is huge – socially, and economically. 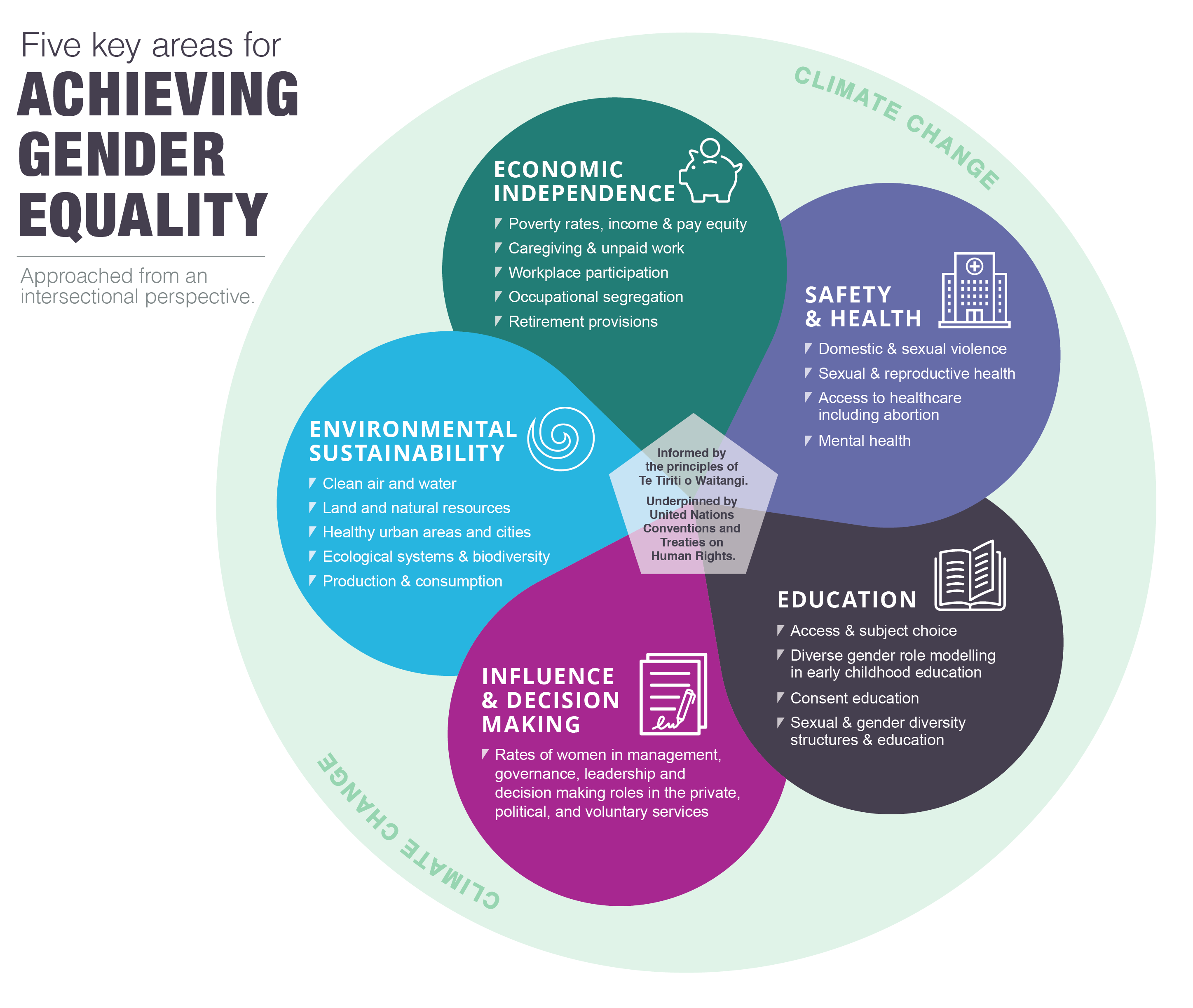 The National Council of Women is leading the Gender Equal NZ movement because we care about the experiences of all genders and believe in equality for all.

​We have carried out New Zealand’s first Gender Attitudes Survey, which tested attitudes around gender roles – in the household, at school, at work, and in the community, and gives us a snapshot of where we’re at in New Zealand on the topic of gender.

We are crafting this, and other data, into a Gender Dashboard to illustrate the impact of Kiwis' gender attitudes.

Resolutions form the policies for the work of NCWNZ. Since 1896, our members have agreed resolutions by a majority vote at national conferences. They reflect the concerns, interests and language of our members at the time they were adopted.

Submissions are one of the ways NCWNZ strives to inform and influence law and policy. Submissions are made to parliament, government departments and other organisations. Each submission is informed by the resolutions agreed at national conferences and the input of our members.

Reporting to the United Nations

The United Nations Convention on the Elimination of All Forms of Discrimination Against Women (CEDAW) is an international treaty, ratified by New Zealand in 1985.

Governments of countries that have ratified CEDAW are obliged to submit periodic reports to the CEDAW monitoring committee, outlining their progress in meeting their obligations under the convention. The New Zealand Government presented its most recent report at the Committee’s 70th session in Geneva in July 2018.

At this session, the Non-Governmental Organisations presented alternative reports, one of which was co-ordinated by NCWNZ. We established Lead Working Groups to monitor and report on the actions by the Government to redress the key areas of concern identified and recommendations made by the Monitoring Committee.

These reports strengthen the CEDAW Monitoring Committee’s capacity to identify gaps and draw accountability from the Government. The last report covers the period from 2012 – 2016.

When the NZ Government presented their report in 2018, the Monitoring Committee issued a list of Concluding Observations which requires Government action.