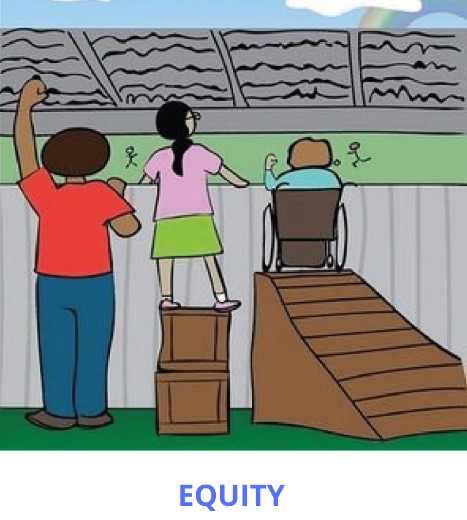 The girls had chosen gender equity as a year-long topic for a programme of study that is a primary school version of the International Baccalaureate (IB) programme. The four girls had already painted the toilets at the school (which had been blue for boys and pink for girls) green, and had discarded a raft of picture books in the school library that were too obviously gender specific and had set new rules with the Board of Trustees for future book buying.

The students decided that the aim would be to talk to the youngest children – age 5-6 – as the girls had found in their research that these young children were still forming ideas about gender roles. They wanted a focus on helping the children to understand that gender is something that doesn’t define you as a person; to look at breaking the stereotyping for both genders. Louise Tapper and Zoe Cummins from NCWNZ Ōtautahi Christchurch Branch talked with the girls about their ideas and then developed lesson plans for the session. These were based around talking to the children about what they wanted to be when they grew up, and then looking at different options for both boys and girls and talking this through to encourage non-stereotypical choices. We also developed an activity looking at babies dressed in pink and blue clothes and how children would name these babies, based on the clothes they were wearing. We talked about it being OK for boys to be in pink and girls to be in blue if they wanted to be and that there really didn’t need to be any rules. The four girls led the session – each class divided into four groups - with Louise and Zoe in support roles.

The lesson plans are detailed below.

Two classes of years 0-1; 5-6 year olds.
22 children in one class; 36 children in the other.
Classes to be divided into four groups for the sessions.
Kate, Zara, Isabella and Morgan will facilitate a group each. Zoe and Louise will move between groups. Teachers in the classes will also provide support.

Sit in the circle and explain to children about stereotypes. It is good to understand that both boys and girls can do anything they like to do, not just things that some people say only boys can do and only girls can do. When people stereotype boys and girls – that means make rules about what boys should do and what girls should do - it is not what happens in real life. In real life, some girls like to get very muddy and sometimes play rugby; some boys like pink and some boys really like dancing. Some girls will grow up and be firefighters and some boys will grow up and be nurses. That is all very OK. Everyone needs to feel Ok to be themselves and to like what they like.