Abortion: 66% of NZers agree that a woman should have the right to choose

Abortion: 66% of NZers agree that a woman should have the right to choose

New Zealand’s first Gender Attitudes Survey shows that 66% of New Zealanders agree that a woman should have the right to choose whether or not she has an abortion – while 14% disagreed.

A further 15% of New Zealanders were neutral and 5% didn’t know. 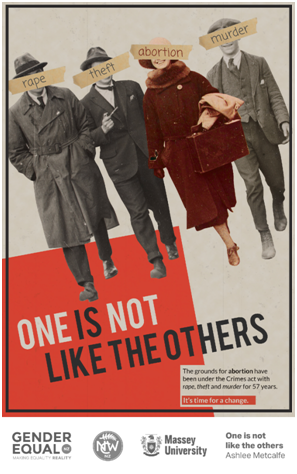 “We carried out this survey with Research New Zealand in late 2017 to get a snapshot of where we’re at in New Zealand on gender” says National Council of Women Chief Executive and Gender Equal NZ spokesperson Gill Greer.

“So what we’re seeing is that two out of three New Zealanders support women being in control of their own decisions around abortion.”

This is a true test of our national views on the issue, and supports the move to reform our out-dated laws. The comprehensive recent report by the Law Commission presents three legal models for treating abortion as a health issue.

“All three models remove abortion from the Crimes Act, which is an absolute necessity if we are to achieve a truly gender equal New Zealand.”

“Model A focuses most strongly on allowing pregnant people to be completely in control of their own decisions, lives and bodies – a basic right to which all New Zealanders should be entitled.”

“It would also work to remove the stigma and discrimination that surrounds abortion in New Zealand, by treating this issue as we would any other health issue.”

The National Council of Women, Gender Equal NZ’s lead organisation, supports the decriminalisation of abortion – and that abortion should be treated as a standard part of healthcare – safe, legal and accessible.

“It is time we recognised women, and all pregnant people’s, rights to autonomy, choice and freedom.”

More information on ‘One is not like the others’ image

The artwork was produced as a result of a partnership between Gender Equal NZ and Massey University.